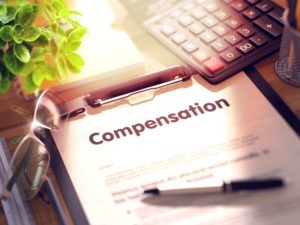 Can I claim for PPI mis-selling if I am Bankrupt 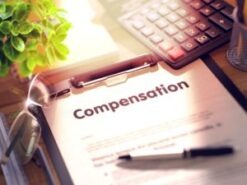 If you are currently Bankrupt or have already been discharged you may be thinking about making a claim for PPI. However it is important you understand what will happen to any compensation you are awarded.

Claiming for PPI during Bankruptcy

While you are Bankrupt any windfalls receive must be paid to the Official Receiver or your Trustee for the benefit of your creditors. PPI compensation falls into the category of a windfall.

As such if you are awarded compensation before you are discharged you cannot keep it. You are obliged to inform the OR or your Trustee in Bankruptcy of any money that you receive.

Not telling them about it could be viewed as non cooperation resulting in your bankruptcy being significantly extended and may even be a criminal offence.

If you claim for PPI during bankruptcy it is likely that the bank will pay it directly to the OR without consulting you.

Making a PPI claim after you are discharged from Bankruptcy

You are allowed to keep most windfall payments that you receive after you have been discharged from Bankruptcy. For example if you receive an inheritance payment which was not due to you while you were bankrupt or if you have a lottery win you will be able to keep this money in full.

However PPI compensation paid to you after you are discharged is treated differently. This money will still have to be handed back to the Official Receiver who was dealing with your case.

This is because if you were mis-sold before you went bankrupt then the opportunity to claim already existed during the procedure (whether you were aware of this or not). As such the compensation is considered an unrealised asset and it must still be paid to your old OR even though you are already discharged.

Any bank due to make a PPI payment to you is likely to check whether or not you are a discharged bankrupt. If you are they will normally automatically pay any compensation directly to the Official Receiver’s office.

Can you claim against a debt paid off before you went bankrupt?

You may have been mis-sold PPI on a debt which you fully repaid before your Bankruptcy. As such this debt was not included in the procedure. Despite this any compensation payment you receive against this debt is still payable to the OR.

This is because this payment is also an unrealised asset of your bankruptcy. The opportunity to claim existed while you were bankrupt even though the debt was not included.

In this situation the bank who is due to pay you compensation may not be aware that you were bankrupt in the past. As such it is possible that they will make the compensation payment directly to you. If this happens you must inform the OR that the payment has been received and hand it to them.

Is there any point in making a PPI claim after discharged from Bankruptcy?

After discharge from Bankruptcy there is absolutely no reason why you should not make a claim if you feel that you have been mis-sold PPI.

However you need to understand that you will not benefit from any compensation received. The people who benefit will be your unpaid creditors.

You may feel that you have an obligation to do anything you can that helps to return funds to your creditors and making a claim for PPI mis-selling could help towards this. However on the other hand you may not feel this way.

With this in mind you need to decide for yourself whether or not making a PPI claim is the right thing to do.

Arrange a call with a PPI Expert

« My IVA has been accepted