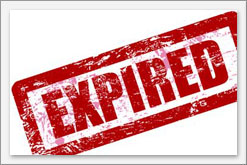 If a debt has become statute barred it can no longer be legally enforced by the creditor. In other words you no longer have to pay it.

The rules in Scotland are different. Most unsecured debt becomes statute barred in Scotland after 5 years. However there are more exclusions.

What is Statute Barred Debt?

If a debt is Statute barred (also known as time barred) it can no longer be legally enforced. From that point on the creditor is prevented from taking legal to collect the money owed.

In England and Wales the rule is governed by The Limitation Act (1980). The Act provides the rules regarding the timescales within which legal action can be take to enforce a broken contract. The non payment of a debt is caught by these rules.

After a debt has become statute barred court action cannot be taken to collect it. The creditor is no longer allowed to apply for CCJ, Attachment of Earnings, Charge against property or to petition for bankruptcy. In other words it does not have to be repaid.

Statute barred debt is not written off. It is unenforceable but remains outstanding. As such the creditor could still recover it if other funds become available that can be off set against it.

When does debt become Statute Barred?

If you live in England, Wales or Northern Ireland most unsecured debts become statute barred after 6 years from the date the creditor has a cause of action. In other words from the point when they could got to court to try and enforce payment.

There are some exceptions. Most notably a mortgage or secured loan shortfall does not become statute barred until it has not been paid or acknowledged for 12 years.

If a creditor uses a debt collecting company to try and collect such a debt it is considered to be harassment. Writing a correctly worded letter both to the collector and original creditor will stop this action.

Some debts can never become statute barred. These include income tax and VAT owed to HMRC and CSA arrears.

Can a creditor stop a debt becoming Statute Barred?

If you are not paying a debt that you owe, the creditor can prevent it from becoming statute barred. They can do this by applying for a CCJ (County Court Judgment) against you before the 6 year period is up.

Once a CCJ has been issued the creditor has at least another 6 years from the date the Judgment was issued to collect their debt. If you still do not pay they may consider enforcement action such as applying for an attachment of earnings against your wages or a charge against your property.

After a CCJ is issued, technically the debt can no longer be statute barred. However if enforcement action has not been taken within 6 years of the issue date, the creditor will need further permission from the court to take further collections action.

A Judge will normally only allow further enforcement 6 years or more after a CCJ has been issued if the creditor can give a good reason why no action was previously taken. A reason they my use could be that the debtor eluded all attempts to trace them.

Arrange a call with a Debt Management Expert