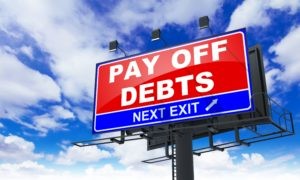 What happens to a Windfall during a DMP

With some debt solutions, when you receive a windfall you have to pay it to your creditors. But what happens to a windfall during a DMP?

What is a windfall?

A windfall is any sum of money you receive that is over and above your expected income. Common examples of windfalls are an inheritance payment, lottery win or compensation for mis-selling or personal injury.

Can you keep a windfall received during a DMP?

In formal debt solutions like an IVA or Bankruptcy, 100% of a windfall has to go into the arrangement. However a Debt Management Plan (DMP) is an informal agreement, so you are not under any legal obligation to pay it to your creditors.

You have more flexibility and a bit more control over a windfall during a DMP. You may have known that the windfall was on the horizon and did not want the stricter rules of an IVA or Bankruptcy. Perhaps this was the reason you chose the DMP.

It makes sense to pay as much of your debt off as and when you can. If you have a lump sum, consider carefully how to use it. You may be able to settle more debt than you think.

Can you use a windfall to settle your Plan early?

Unlike the formal solutions, in a DMP you can choose which debts to settle and when. You do not have to settle all the debts at once. You might pick larger debts or ones which have not frozen interest and charges first.

If you receive a windfall the temptation is to start paying off some of the debt balances in full. However if you are careful you may be able to clear far more of the debt than you think. Perhaps even all of it.

A creditor will often accept a reduced amount to settle the debt you have with them if this is paid as a lump sum. You would probably not get as much written off as with an IVA or Bankruptcy. However getting up to 50% of the debt written off by negotiating informally is sometimes possible.

Generally speaking you need to have been in your DMP for 6 months or more before creditors will consider the option of a lump sum settlement.

Arrange a call with a DMP Expert

« The minimum payment for a DMP