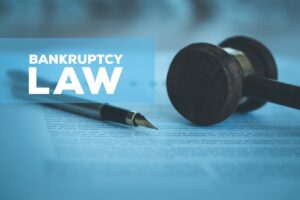 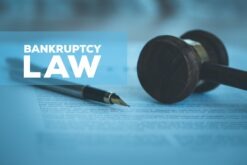 The law and rules governing Bankruptcy have changed significantly over the last few years. As a result the solution has generally become a more acceptable.

The information given here relates to bankruptcy in England And Wales. The rules in Northern Ireland are broadly similar. However they are different in Scotland.

The History of Bankruptcy law in England and Wales

Bankruptcy has been around for a long time. It was first introduced into the law in England & Wales in 1869 with the Bankruptcy Act. Since then the rules have changed with the following legal Acts:

The Insolvency Act of 1986 forms the foundation of modern bankruptcy law in England and Wales. It lays out the type of debts that can be included, the affect on personal assets and how long the affects will last.

The Enterprise Act and Bankruptcy

The Enterprise Act was introduced in 2002. This brought with it some fundamental changes to the way bankruptcy is managed. Critically the Act reduced the time that a person remains bankrupt to 12 months.

The aim of the changes was to develop business and innovation. It gave entrepreneurs the peace of mind that if they failed and went bankrupt they would be able to get back on their feet within reasonable time.

However bankruptcy is not just reserved for entrepreneurs and business people. Any individual can use this solution to deal with their personal debts.

In many cases Bankruptcy can be the fastest and cheapest way of becoming free of personal debt.

The Advertisement of Bankruptcy in local newspapers – April 2009

One of the concerning things about the bankruptcy process used to be that it would be publicly advertised in the local newspaper.

However since a change in the rules in April 2009 the Official Receiver is no longer required to publicise bankruptcy. As a result it is rarely advertised and there is far less chance that anyone will find out.

If you declare yourself bankrupt in Northern Ireland your details will still be advertised in the Friday edition of the Belfast Telegraph.

Once you go bankrupt you may be required to make payments towards your debts if you can afford to do so. The amount you will have to pay is based on your Disposable Income.

However the rules concerning income payments changed in December 2010. Since then the Official Receiver has been required to take 100% of your disposable income however small.

If you live in Northern Ireland the rules surrounding disposable income are different. You may be allowed to keep all of your surplus even if it runs into the £100s.

How Property Equity is dealt with after bankruptcy – January 2011

If you are a home owner your beneficial interest (i.e. your share of any equity) in your property will pass automatically to the official Receiver (OR). In order to protect your property you can buy this interest back.

Prior to January 2011 if the equity in your property was less than £1000 you could have bought this back for the nominal sum of £1. However now the OR is unable to accept anything less than £1000.

After 3 years if you have not bought back your interest and it is still worth £1000 or less it will be returned to you free of charge. If it is worth more it can only be bought back for an equivalent amount.

If you cannot afford to buy back your interest the OR will have to realise it either by putting a Charge against your property or forcing you to sell.

The standard length of Bankruptcy is 12 months. However prior to October 2013 it was possible to be discharged early.

The Official Receiver might have granted early discharge if it was clear that you had no assets and would never be in a position to make any payments towards your debt.

However in October 2013 the Enterprise and Regulatory Reform Act 2013 introduced a ban on early discharge. Now anyone who is declared bankrupt will remain so for a minimum of 12 months whatever their circumstances.

What happens to a personal injury payment if I am Bankrupt? »

« What happens if my Circumstances Change during a DMP?