Home » News & Articles » Can HMRC debt be included in an IVA

Can HMRC debt be included in an IVA 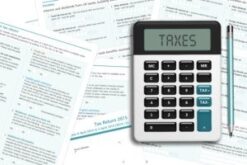 If you owe tax debt to HMRC an IVA might be a sensible option for you. However whether they will accept the agreement depends on your circumstances.

Will HMRC accept your IVA proposal?

You might owe money to HMRC for one of a number of reasons. Perhaps you have tax credit overpayments. Alternatively if you are self employed you might have tax and / or VAT arrears.

What ever the reason for your tax debt, in theory it can be included in an IVA. This is because it is unsecured. That said in reality HMRC will only accept the proposal in certain circumstances. Often they will make stipulations that you will have to agree with.

These might be regarding the length of the IVA or releasing equity from your property if you are a home owner. You will have to agree to these or they will simply reject the proposal.

If HMRC are a small creditor compared to your other debts then even if they reject, your IVA can still go ahead if a majority of the other credits agree to it.

Does the reason for your tax debt affect the decision?

Tax Arrears
Where you have tax arrears, gaining HMRC agreement to an IVA is certainly possible. However if you are behind with your tax returns these will have to be completed and submitted before your proposal can be put forward.

Overpayment of Tax Credits
Where the overpayment was due to a mistake the debt can be included. However if you have been accused of making fraudulent claims it is unlikely HMRC will agree to an IVA.

Overturned Employee Benefits Trust
You may have used a tax management scheme such as an EBT which has been overturned. In this situation HMRC may agree an IVA if you entered the scheme in good faith thinking it was legitimate.

If honest mistakes have been made when calculating your tax HMRC are likely to be sympathetic. In these circumstances implementing an IVA may well be possible.

What if you are a Home Owner?

Agreeing an IVA with HMRC can be much more difficult where you are a home owner. This is because they will have strict demands regarding equity release.

You will normally be required to release your share of any equity in your property into the IVA within the first 12-18 months. You will not be allowed to wait until the 5th year as in standard agreements.

If you start the Arrangement and but then fail to meet your equity release obligations HMRC will stipulate the Arrangement should be terminated. They would then normally force you to go bankrupt.

It is acceptable for a third party to pay the required amount of cash into your IVA. The money does not have to come specifically from remortgaging your property.

What are your Options if HMRC Reject your IVA?

Where HMRC are a majority creditor they may reject your proposal outright. Alternatively they could make demands which you cannot accept. If this happens you will not be able to start an IVA.

Instead you will need to find an alternative solution. If you are renting or you are a home owner but have little or no equity in your property bankruptcy could be a sensible next step.

Where there is significant equity in your property the only alternative will be to agree a time to pay arrangement directly with HMRC. You might be able to agree an IVA with your remaining creditors if this is still affordable.

Where HMRC reject your proposal you do not automatically have to go bankrupt. However it might be a sensible option.

2 thoughts on “Can HMRC debt be included in an IVA”

What happens to joint debt if I start an IVA »